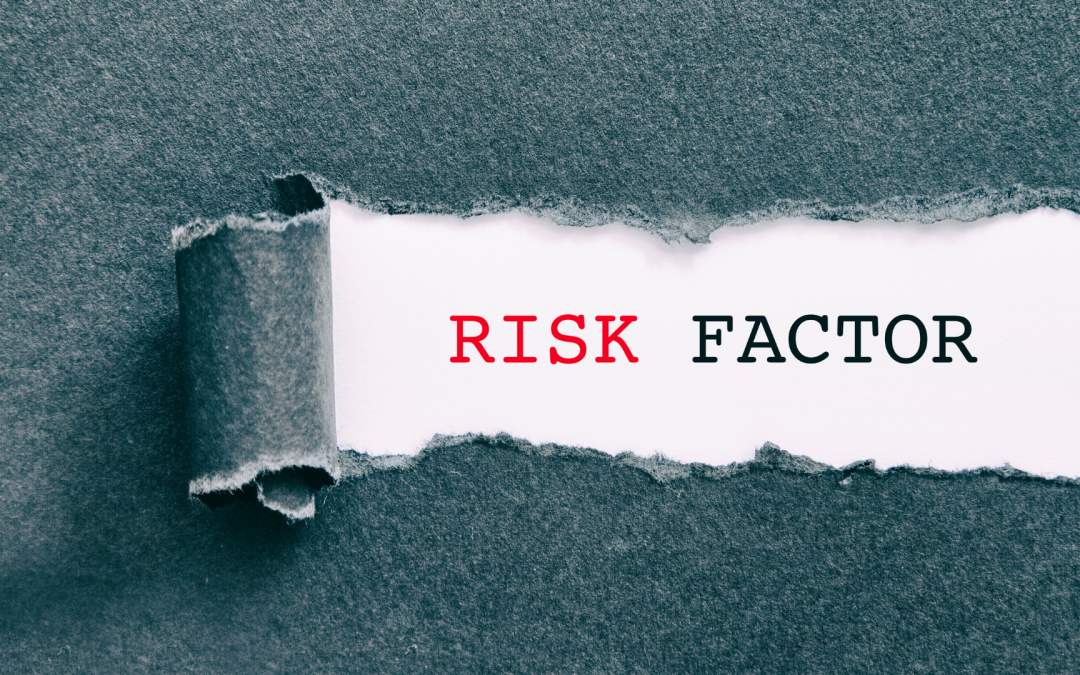 As a prudent investor in stocks, bonds, real estate, commodities, and other investment products, you face lots of information to process and due diligence to perform. The decision to make becomes especially difficult for less known but sophisticated investment products such as Mortality Linked Contract.

To help the audience understand this product’s uniqueness and boost investors’ knowledge of advantages and disadvantages further, we at LifeXcel decided to curate a rather detailed list of 13 potential risks associated with investing in mortality-linked contracts.

General economic conditions may affect mortality-linked contract’s market in the sense that unforeseen national disasters can create stress in the insurance industry. Unusually high-interest rates, very poor economic activity, tax, regulatory, medical, and other external factors may affect the value of the investment or the life insurance settlement market in general.

Pricing of policies are based in large part upon mortality and actuarial assumptions that produce life expectancy projections that are made at the time of purchase. These evaluations and assumptions may ultimately not prove to be accurate in which case some policies may remain outstanding longer than assumed, with potential additional policy premiums payable, that may negatively affect the performance. In addition, advances in healthcare and the treatment of diseases and illnesses may extend the life of individuals who are insured under policies purchased by investors.

3. Challenges By Prior Beneficiaries

There is a risk that the persons who would have been the beneficiaries in the absence of a sale in a life settlement transaction may challenge the collection of death benefit at the time of death, possibly based on the insured’s lack of mental capacity. The legal documents required for a life settlement include a sworn physician’s statement attesting to the insured being of sound mind and under no undue influence and the beneficiaries must sign agreements surrendering all rights to the policy. In the event of a lawsuit or claim by prior beneficiaries or heirs, investors may face the cost of defending a lawsuit, even if they were to prevail.

4. Laws Regarding Life Settlements and, Particularly, Viatical settlements, are in a State of Flux

5. Risks Associated with the Insurance Industry

The life insurance settlements market is subject to significant changes in regulatory oversight. Today a majority of states’ departments of insurance regulate the purchase and sale of interests in life insurance benefits. In addition, state and federal securities regulators have asserted certain regulatory authority over certain aspects of life insurance settlements. This regulatory oversight is changing and evolving. For example, some states require that a percentage of proceeds be set-aside for dependent children’s beneficiaries, require minimum pricing based on life expectancy and expect that Accidental Death & Dismemberment (Double Indemnity) proceeds be paid to the original beneficiary. Future regulatory actions may adversely affect the value of owned assets and the related markets. It is possible that certain state legislatures could modify applicable insurable interest laws and prohibit the sale of in-force life insurance policies to a purchaser who does not have an insurable interest in the life of the insured.

Another risk in acquiring life policies or interests in policies is tracking the insured to whom the life settlement policy relates. It is important to track and periodically monitor the physical condition of the insured so that when the policy reaches maturity (at the death of the insured), investors are aware of this and can take action to collect the proceeds due under the insured’s policy. There can be no assurance that the whereabouts of an insured may be determined or that there may not be a delay in ascertaining that an insured has died, or in obtaining the required documentation needed to file the death claim with the issuing life insurance company.

Insurable Interest is a fundamental element unique to a life insurance contract. This means the person acquiring the contract (the applicant or the original beneficiary) must be subject to loss upon the death of the person being insured. This interest must exist at the inception of the policy. It does not have to continue and that is the basis for the life settlement industry. Though laws differ slightly from state to state, in general, the following types of relationships automatically carry insurable interest.

In 2002, life insurance policies began to be sold to wealthy individuals for the purposes of estate planning using non-recourse premium finance contracts. Estate planning is a United States death tax strategy, which has a definite insurable interest on the part of the insured. However, some of these contracts were issued to individuals who entered into them solely for the purpose of resale. When this happens, it changes the life insurance policy from a contract at risk to a purchase contract. This violates the principal of insurable interest. The life insurance company may choose to contest the death benefit of such contracts and if it prevails, is only obligated to return the premiums paid during the life of the contract.

9. The Payment of the Death Benefit may be Delayed

In some cases, the insurance company which issued the life insurance policy may contest the payment of the death benefit when the insured person dies, because of a lack of an insurable interest, or for fraud in the insurance policy application. Generally, insurance companies cannot contest payment of the death benefit if the policy has been in effect for a certain period of time, usually two (2) years. This period is called the “contestability period.” When an insurance company contests a benefit payment claim, it asserts that there is a legal justification to deny payment of the policy benefits. Among the legal justifications used by insurance companies within the contestability period are suicides, homicides by interested parties, and false statements relating to the health and well-being of the insured on the policy application. A limited number of states recognize an exception to the two-year contestability period for insurance companies to dispute making a claim payment, when the company can prove that fraud was committed in the original procurement of the policy by its owner. Further, the life insurance company may prolong any investigation of death claims for life settlement interests with larger amounts of death benefits. Further, the assignment of life insurance policy benefits to investors could be contested in court by family members of the insured. In such events, Investors could experience a substantial delay in payment and/or loss with respect to the impacted life settlement interests.

Many states now have passed laws restricting the origination and purchase of life insurance policies intended for the benefit of an Investor (known as “STOLI” policy). These laws prohibit transactions in which the policy is purchased using resources or guarantees from a person without an insurable interest in the life of an insured. In addition, in some states, a few courts have upheld life insurance companies’ refusal to pay the death benefit proceeds when they could prove that the policy originally was a STOLI policy.

11. Challenges by Former Beneficiaries, Heirs of Insureds, and Insurance Companies.

The validity of the sale of a policy may be challenged by the former beneficiaries, heirs of the insureds, and the issuing life insurance companies. Such challengers may consequently contest, deny, or delay the payments of the proceeds of a policy following an insured’s death based on a variety of factors including a lack of insurable interest, mental capacity of the insured, applicable periods of contestability, misstatements in the original life insurance application, and suicide provisions. If the death of the insured cannot be verified and no death certificate can be produced, the issuing company may delay the payment of proceeds until after the passage of a statutory period (usually five (5) to seven (7) years) for the presumption of death without proof. In the event of a lawsuit or claim by heirs or former beneficiaries of the insured, investors could face the costs of defending such a lawsuit, which would be at the cost and expense of investors.

The majority of the states in the U.S. regulate the life settlement industry on a state-by-state basis. Many of these regulations mirror or closely follow the NAIC Model Viatical Settlements Act. The life insurance companies have been active in attempting to promote changes in the law which would make life settlements less attractive or even illegal. The life settlement industry association LISA (Life Insurance Settlement Association) has been robustly and successfully combating these attempts. The fundamental argument offered by LISA is that a policy holder has a constitutional right to dispose of their assets as they see fit; be that a home, an automobile, a stock portfolio or a life insurance policy. So far, lawmakers have agreed with this position and all attempts have been struck down in both the legislatures and in the courts. There is no guarantee however that this will remain the case and laws or regulations may be enacted which adversely affect the continuance of the industry or the profitability of the transaction. The impact of these changes is impossible to speculate upon, but it is very unlikely that they would be applied retroactively.

Recent newspaper, online articles, and even novels have appeared criticizing certain companies involved in the life settlement industry. The industry has been tainted by allegations of fraud and misconduct as illustrated by several noteworthy lawsuits and regulatory investigations, which have focused a spotlight on the industry. Many of the cases, which have been commenced by regulatory authorities, involve allegations of fraud, breach of fiduciary duty, bid rigging, non-disclosure of material facts, and assorted misconduct in life settlement transactions. Additionally, many of the cases have been brought by life insurance companies that attack the original issuance of life settlement interests on the basis of an alleged lack of insurable interest and allegations of fraud. Most of the media coverage has been directed at the specific business models of a few companies, rather than the industry as a whole.

Likely as a result of this increased industry scrutiny, the Securities and Exchange Commission recently brought a case against Pacific West Capital Group and others in U.S. District Court in the Central District of California. In this case, the Securities and Exchange Commission alleges, among other things, that (i) the issuer issued securities with the proceeds used to pay returns to original investors (i.e. a Ponzi scheme), (ii) the issuer misrepresented annual returns and stressed that returns had no relation to the issuer, (iii) the securities were not issued through broker-dealers, (iv) actuarial-based estimates were not given to investors, (v) the trust agreement was not provided to investors, (vi) reserve funding mechanics were not adequately explained to investors, (vii) policies were purchased even if not sufficiently funded, (viii) the increase in premiums for the policies were not adequately disclosed to investors, and (ix) the securities were not registered.

To conclude, risk is a factor to consider in any investment decision. Like other asset classes, Mortality-Linked Contracts presents to potential investors its own fair share of unique challenges and uncertainties that need to be considered.

These assets are growing in popularity, supported by the trend reported by Magna’s Life Settlement Reports that The industry is growing at an estimated 34% each year. One of the reasons contributing to these contracts’ growth is its unique risk-reward proposition.

Nonetheless, investors have their own unique sets of financial needs and goals that they wish to attain. Not one size fits all. That is why investors should undertake a diligent effort into researching and understanding this asset’s pros and cons. This, in turn, will prompt them to take an informed decision about whether Mortality-Linked Contracts are the right investment asset for them.

To learn more about adding this product to your or your client’s portfolio, click here to request our private placement memorandum or contact one of our specialist at VIP@life-xcel.com or 213–533–9002